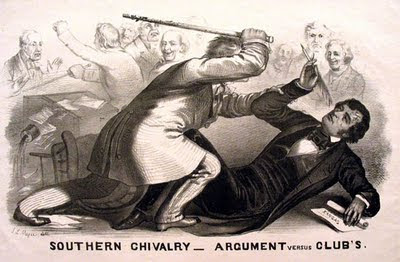 Red herrings are responses to arguments that don’t address the original issue. Their purpose is to distract and muddle the discussion.

Although French scholar Étienne Dolet (1509-1546) published a declaration of his Christian faith in Cato christianus, he was charged with the crime of atheism and imprisoned. On his 37th birthday, he was strangled and burned for that crime. Giulio Cesare Vanini, an Italian free-thinker (with a decidedly racist bent), had his tongue cut out before being strangled and burned.

The argument against being an atheist was, as you can imagine, quite persuasive.

Argumentum ad baculum, translated as “argument to the cudgel” or “appeal to the stick,” is generically referred to as “appeal to force,” in which force, coercion, or the threat of force is used to justify a conclusion. The general form of the argument is:

Criticize the boss and be fired. Take an unpopular political position and the other side will spend money to defeat you. Argue with the teacher and go to the principal’s office.

The refutation, attributed to Galileo, is simple: “It still moves.” The truth or falsehood of the proposition is not affected by the consequences to the arguer, no matter how severe.

As with many fallacies, there’s also a valid form of the argument, in which the punishment is logically related to the conclusion. For example:

Posted by Michael Dobson at 5:46 AM No comments: 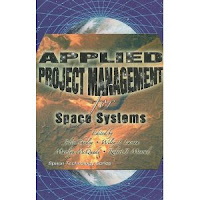 Decision makers are faced with a host of challenges. Critical information may be unavailable. Certainty may be unobtainable. Consequences may be catastrophic. Conflicting stakeholder desires may be incompatible. And always, the clock is ticking. As a result, people too often try to avoid difficult choices altogether, become trapped in “analysis paralysis,” or pass the hot potato to someone else. The BOGGSAT process (“Bunch of Guys and Gals Sitting Around Talking”) is all too popular. While sitting around and talking may well be part of a decision-making process, a proper structure (not to mention selecting the right “bunch of guys and gals”) is necessary.

The twin challenges of risk and uncertainty complicate the process. In classical risk, we know the probability and impact of the various outcomes. Risk management involves (a) an assessment of the risk, including the probability of its occurrence and the consequence if it does occur, and (b) a decision on what action to take in response to that risk (avoid, mitigate, transfer, or accept for threat risks, and exploit, enhance, share or accept for opportunity risks). In project management, the fundamental characteristics of “temporary and unique” [PMBOK® Guide] mean that we don’t necessarily know the range of possible outcomes, and almost never have reliable probability information.

Critical decision-making information is often subjective and values-driven. An engineering evaluation might tell us that there is a 42% probability of an event happening, and that the consequence involves the loss of $21.6 million and three lives. What such an evaluation does not tell us is whether the risk is worth running. Values—organizational values, mission-related values, ethical values—address the consideration of worth. Some of these values are assumed and implicit. Some can be quantified, and others—usually political considerations—can’t even be discussed on the record.

Decisions often require tradeoffs. A perfect solution may not exist. Each potential choice may have a downside, or may be fraught with risk or uncertainty. In some ways, making the least bad choice out of a set of poor alternatives takes greater skill and courage than making a conventionally “good” decision.

The outcome of a decision, whether positive or negative, is not in itself proof of the decision’s quality, especially where probability is concerned. The odds may be dramatically in favor of a positive outcome, yet low probability events can occur. Equally, if someone makes a stupid decision but gets lucky, the decision is no less stupid in spite of a good outcome. A good decision process improves our odds and results in the desired outcome the majority of the time.

In addition, a decision-making process must often be open and auditable. We must know not only the decision we make, but also the process that led us to that decision. If the outcome is bad, someone else (a boss, a customer, a Congressional committee) determines—with the benefit of “20-20 hindsight”—whether your decision was reasonable and appropriate.

This leads to the rational (if not always appropriate) strategy known as “CYA” (cover your assets), where the decision is made not necessarily from a mission perspective, but in a way that ensures blame and punishment will fall elsewhere in the event of a bad outcome. “A decision,” wrote author Fletcher Knebel, “is what a man makes when he can’t find anybody to serve on a committee.”

If enough time and resources are available, even the most complex problems can be structured and studied in a way that leads to an optimal decision. When time and resources are not available, however, a decision still needs to be made, and your accountability remains unchanged. There’s the story of the person who called an attorney, who listened to the situation and said, “Don’t worry, they can’t put you in jail for that.” The person replied, “But counselor, I’m calling from the jail!”

No formal process or methodology can remove all risk from decision-making. Many tools and techniques can improve decision-making, but ultimately successful decision processes require good judgment. Good judgment comes from experience combined with wisdom. Experience can come from bad judgment. While wisdom is the product of experience, experience does not automatically confer wisdom.

And Brutus is an Honorable Man (Fallacies Part 4) 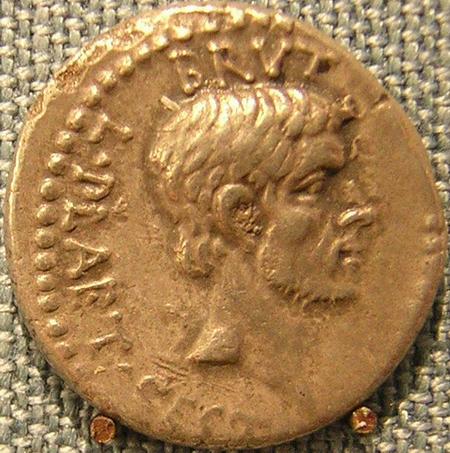 Red herrings are responses to an original argument that don’t address the substance of the argument — they’re distractions. The various forms of ad hominem are attempts to discredit the argument by discrediting the arguer. But what about the reverse? What if the claim is that the argument is true because the arguer is an authority?

In the argument from authority, we claim that a statement is true because of the person who said it. The general form of this argument goes thusly:
It goes by three different Latin names, each of which gives a slightly different flavor to the argument.

Argumentum ad verecundiam is generally translated as “argument from respect,” but verecundiam really means modesty or shyness, a cynical formulation by the phrase’s creator, John Locke. “When men are established in any kind of dignity, it is thought a breach of ‘modesty’ for others to derogate any way from it, and question the authority of men who are in possession of it.”

On June 3, 2011, Sarah Palin famously spoke of Paul Revere, saying in part, “He…warned uh, the British that they weren't gonna be takin' away our arms….” The resultant fight that broke out on the Paul Revere Wikipedia page is about power. The criticism of Palin was treated by her adherents as a form of lèse majesté — as if it were improper and unfair to do anything other than accept her formulation as fact.

Argumentum ad potentiam means “argument from power,” in which the temporal authority of the speaker is the evidence offered for the truth of the statement. That’s what Marc Anthony mocks when he says, “But Brutus says he was ambitious. And Brutus is an honorable man.”

The third version of argument from authority is ipse dixit, or “he himself has said it.” It’s simply a bare assertion, a statement offered without evidence or factual support. You are supposed to believe it purely on the word of the person making the statement. The rule, for example, that one must not end a sentence with a preposition comes from 18th century grammarian Robert Lowth — who made it up.

Of course, it’s not wrong to have your opinions and beliefs influenced by people with particular authority and education. In fact, it’s hard to see how we could avoid doing so. We don’t have the time to learn everything ourselves, and in some cases we don’t have the capacity, tools, or resources. The fact that a given authority believes something can be a reason for us to believe it ourselves, at least as a provisional hypothesis until something better comes along.

What it doesn’t do is constitute a formal proof. For a formal proof, you have to provide evidence of the proposition itself, rather than a list of the credentials of the person making the statement.

Posted by Michael Dobson at 9:30 AM No comments: 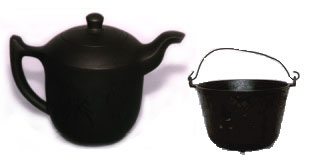 Last week, we began a survey of red herrings, responses to an original argument that don’t address the original issue, with argumentum ad hominem, discrediting an argument by attacking the arguer.

Tu quoque (“you, too”) is a subset of ad hominem in which the character flaw used to discredit the arguer is that the arguer has been inconsistent or hypocritical on the same subject in the past. There are several subsets:

Person A criticizes behavior B.
Person A has been guilty of behavior B.
Therefore, person A’s opinion is invalid.

Although Person A has been a hypocrite, that doesn’t mean A is necessarily wrong. As François de La Rochefoucauld famously observed, “Hypocrisie est un hommage que la vice rend à la vertu.” (“Hypocrisy is the tribute vice pays to virtue”) A person can indeed be guilty of behavior and legitimately deplore it at the same time. In my own case, it’s fair to say:

It’s fallacious because our individual hypocrisies and failures of consistency don’t prove we’re wrong; sometimes they can even be evidence that our propositional ideal is more correct. Ad hominem attacks are a bad idea, whether or not I have been consistently able to refrain from them — in fact, the fallout from my own violations has tended to reinforce my belief that it’s a bad idea.

Another version of tu quoque is claiming inconsistency. In this version, the form is:

Person A makes claim C.
Person A has previously made claims that are inconsistent with C.
Therefore, claim C is false.

In 2008, Bill Gates said, “People everywhere love Windows.” In 1987, however, Bill Gates said, “I believe OS/2 is destined to be the most important operating system, and possibly program, of all time.” Although the first statement is arguable (he said as he types on his Macintosh), offering the second statement as a rebuttal to the first is a logical fallacy.

There are two legitimate uses of tu quoque arguments. The first is legal, the maxim that you cannot approach the courts of equity with unclean hands. If you fail to live up to your obligations under a contract, you may not be able to prosecute a claim that the other side has also failed, as long as their failure to perform is linked to your failure.

The other legitimate use of tu quoque is to discredit someone as a role model for a position. If Person A has built a political career on being a faithful marriage partner but turns out to be actively polyamorous, it’s perfectly legitimate to argue that Person A is no longer credible on the subject. That’s different from arguing that Person A’s infidelity proves that faithfulness in marriage is not a good idea.

The expression “pot calling the kettle black” can also describe some forms of tu quoque arguments. Another famous example can be in the punchline to the famous 1960s era Russian joke, “А у вас негров линчуют.” It goes like this. An American and a Soviet car salesman are arguing about which country makes better cars. The American asks, “How many decades does it take an average Soviet man to make enough money to buy a Soviet car?” The Soviet answer? “And you are lynching Negroes!”

Posted by Michael Dobson at 9:30 AM No comments: