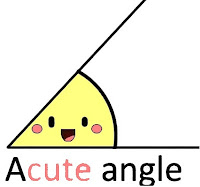 Part 19 of Red Herrings covers still more responses to arguments that distract from the argument rather than address it directly. This week, the Genetic Fallacy.

A guy I went to high school with used to claim that calling someone “cute” was an insult, because “cute” originally meant “bowlegged.” According to the OED, that’s wrong. “Cute” is an aphetic (initial vowel dropped) version of “acute,” and originally referred to someone sharp, clever, or quick-witted. A secondary meaning lists “cute” as a synonym of cur, a worthless dog.

Of course, that’s not the sense in which we most commonly use the word today. If I refer to someone as “cute,” I don’t mean bowlegged, clever, or dog-like — I’m usually referring to someone’s physical appearance. (There’s a sarcastic version — “Are you being cute?” — that refers back to the original meaning, but tone of voice usually makes it clear which meaning we intend.)

The genetic fallacy is the argument that because a word or phrase once meant something different, it continues to mean the same thing, regardless of how usage has evolved. The legend that a “rule of thumb” describes the maximum thickness of a stick with which it was permissible for a man to beat his wife has been debunked repeatedly, but even if it were true, it’s not how we use the term today.

Genetic fallacies aren’t always about language. Australia may have been settled in part by British criminals (as was Georgia), but any conclusion about today’s Australians can’t rest on the legal status of its founders. 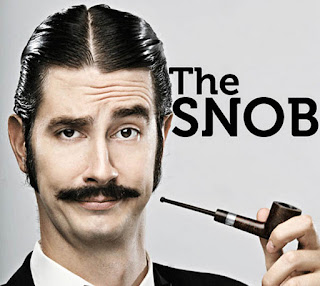 Part 18 of Red Herrings covers still more responses to arguments that distract from the argument rather than address it directly.

We stand, Newton observed, on the shoulders of giants, but intellectually we tend to treat them as pygmies. The practice, for example, of using leeches in medicine isn’t just medieval, it’s positively ancient, with citations going back 2,500 years. When leeching went out of fashion (the late 19th century), it was obvious in retrospect how stupid these ancients were. After all, in those days they still believed the earth was flat.

The red herring of chronological snobbery is the argument that because A is an old argument, dating back to when people believed the obviously-false B, A must therefore also be false. The fact that some ancients (though fewer than you’d suppose) believed the earth was flat doesn’t in itself constitute a valid argument against anything other ancient idea. If you want to discredit A, you have to show it’s false: the proof that B is false may be valid, but utterly beside the point.

Leeches, after all, came back into medical fashion in the 1980s. It turns out that leeches are helpful in the aftermath of microsurgeries, promoting healing by allowing fresh, oxygenated blood to reach the area. The fallacy of chronological snobbery would have led investigators away from looking at a clearly outmoded idea.

Posted by Michael Dobson at 5:00 AM No comments:

Anything You *Don’t* Say May Be Held Against You! (Red Herrings, Part 17) 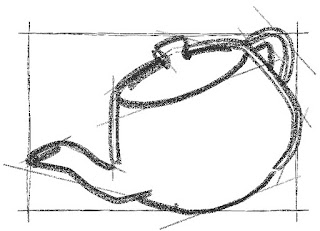 Part 17 of Red Herrings covers still more responses to arguments that distract from the argument rather than address it directly. This week we cover the argument from silence.

If I refuse to answer the question, what conclusions can you draw? Unlike most red herring fallacies, this one depends on the circumstances. In pure reasoning, a conclusion drawn from the silence of another is automatically fallacious. But in abductive reasoning (the process of drawing logical inferences), however, it is sometimes quite reasonable to draw meaning from the absence of communication.

If I claim to be an expert speaker of German, but won’t tell you the proper German phrase for happy birthday, which is more probable: (a) I know, but won’t tell you out of spite, or (b) I really don’t know and my claims to be a German linguist are overblown? Common sense suggests (b) is more likely than (a) — after all, it would be so easy for me to just tell you and move on. On the other hand, if I claim to know my wife’s password but refuse to tell you, it’s unreasonable to conclude that because I won’t tell you, I don’t know.

A fallacious use of the argument from silence is to shift the burden of proof. Bertrand Russell wrote that if he claimed a teapot were orbiting the Sun somewhere between the Earth and Mars, it would be unreasonable to expect others to believe him on the grounds they couldn’t prove him wrong. In other words, your silence in being unable to disprove an argument doesn’t constitute proof that the argument was right all along.

Historians sometimes use the argument from silence in drawing conclusions about what one group of people knew about another, on the grounds that some facts are so natural that their omission legitimately implies ignorance.

In American jurisprudence, the right to silence has the effect of barring the argument from silence, although there are some subtle ways to work it in.

Posted by Michael Dobson at 3:30 PM No comments: A short installment this week. Part 16 of Red Herrings covers still more responses to arguments that distract from the argument rather than address it directly. This week we cover the appeal to motive.

Scientist A says that man-made climate change is a real threat. Scientist A is a candidate for tenure at a well-known university, and the head of his department believes the same thing. This means that Scientist A’s motives are impure, and therefore his argument is false.

This is the appeal to motive, another subcategory of the argumentum ad hominem. Its special feature is that it’s only necessary to show that there is a possibility of a motive, however small. What’s missing is proof that (a) the motive actually exists, (b) if it does exist, it played a role in formulating the argument and conclusion, and (c) any other proof or evidence offered is ipso facto invalid.

Posted by Michael Dobson at 10:36 AM No comments: