Dobson’s Laws of Project Management and Other Things (Part 5) 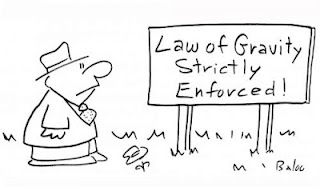 I’ve been writing and publishing daily management tweets since August 2009. In March 2010, I published a collection of the ones I’d written to that date. Here is the third of three more installments, covering Dobson’s Laws from the beginning of April 2010 through the end of December 2010. Copyright © 2012 by Michael Dobson under the terms of the Creative Commons Attribution license.

Dobson’s Laws of Project Management and Other Things (Part 4)

I’ve been writing and publishing daily management tweets since August 2009. In March 2010, I published a collection of the ones I’d written to that date. Here is the second of three more installments, covering Dobson’s Laws from the beginning of April 2010 through the end of December 2010. Copyright © 2012 by Michael Dobson under the terms of the Creative Commons Attribution license.

Posted by Michael Dobson at 8:00 AM No comments:

Dobson’s Laws of Project Management and Other Things (Part 3) 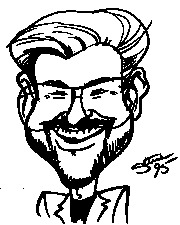 I’ve been writing and publishing daily management tweets since August 2009. In March 2010, I published a collection of the ones I’d written to that date. Here is the first of three more installments, covering Dobson’s Laws from the beginning of April 2010 through the end of December 2010. Copyright © 2012 by Michael Dobson under the terms of the Creative Commons Attribution license.

Project: Impossible — The Savior of Mothers

My 26th book will be Project: Impossible, an exploration of how people achieved goals any reasonable person would have thought impossible. This week, the story of the Doctor's Plague.

The advent of hospitals and the establishment of obstetrics as a medical discipline had an unanticipated side effect: a dramatic increase in cases of puerperal fever, commonly known as childbed fever.

It was a horrific disease. Death rates for all women giving birth in hospitals ranged from 20-25%. From time to time, there were epidemics of the disease, with death rates approaching 100%. Famous victims included the mother and two wives of Henry VIII and famous feminist and mother of the author of Frankenstein, Mary Wollstonecraft. (Today, puerperal fever is known to be a collection of several different diseases, including endometriosis, routinely treated with antibiotics, though it still occasionally results in death.)

The advent of pathological anatomy as a medical practice correlated strongly with the increase in cases of puerperal fever, though this link did not become clear until much later.

As the 19th century opened, the crown jewel, the largest hospital in the world, the center of medical practice in 18th Century Europe was the Allgemeines Krankenhaus der Stadt Wien, the Vienna General Hospital. Ignaz Semmelweis, newly admitted to the practice of obstetrics, spurred by the recent death of his mother, became obsessed with childbed fever.

The most common theory was that the disease was simply a general miasma, just one of those things. It was nobody’s fault. Especially not the doctors.

An unhappy accident pointed Semmelweis to the answer, when his friend and mentor Professor Jakob Kolletschka died suddenly. The symptoms and progress of his disease were identical to childbed fever. It turned out that Kolletschka’s finger had been nicked by a student with the same knife that was being used in the autopsy. Somehow, contact with the corpse during the autopsy had led to the disease.

And it was in the performance of autopsies that the doctors of the First Clinic differed from the midwives of the Second Clinic.

Ignorant of microscopes, microbes, and the germ theory of disease, Semmelweis could only observe one fact: that there was a connection of some sort between the cadaver and the death of Kolletschka, and by extension, between the cadavers used in pathology to the deaths of the childbed fever victims. What the agency of infection was, Semmelweis did not know and had at the time no way of finding out. He referred to them as “cadaver particles,” although he could not see them, measure them, or learn much about them directly.

But that didn’t mean he couldn’t come up with a treatment. What distinguished cadavers was the putrid smell, and what got rid of the putrid smell was a solution of chloride. In May 1847, Semmelweis embarked on a clinical experiment by placing a dilute concentration of chlorine at the entrance to the obstetrics ward and insisting that everyone who would touch a patient washed in it.

Today, of course, cleanliness for physicians is a matter of routine, but at the time, this was a radical break with traditional practice. Most Europeans at the time felt that a few baths a year were sufficient, and doctors were no exception. In fact, the blood-stained frock was a sign that a physician was hard working and professional. If doctors scrubbed themselves, who would know how hard they worked?

Against the criticism, however, the statistics spoke loudly and clearly. Semmelweis began his handwashing process in May, and by June the drop in puerperal fever was dramatic. First Clinic death rates fell to Second Clinic levels.

You’d expect that to be conclusive, but that turned out not to be the case.

Elsewhere in this blog, I’ve written about the Semmelweis Reflex, originally defined as “the automatic rejection of the obvious, without thought, inspection, or experiment.” As I've argued, what triggers the Semmelweis Reflex, however, isn't new knowledge per se,  but the implied criticism of previous behavior that results.

To accept the Semmelweis approach, doctors had to also accept the idea that they themselves had been responsible for the deaths of thousands of women. Who wants to think of himself or herself as a killer, however inadvertent? It’s not surprising that there is a human tendency to reject or challenge scientific or other factual information that portrays us in a negative light.

You don’t have to look far to find contemporary illustrations, from tobacco executives aghast someone dared accuse them of making a deadly product to the notorious Ford Motor Company indifference to safety in designing the Ford Pinto. The people involved weren’t trying to be unethical or immoral; they were in the grips of denial triggered by the Semmelweis Reflex. This denial was strong enough to make them ignore or trivialize evidence that in retrospect appears conclusive.

There was a dramatic reaction against Semmelweis and his theory by the medical establishment, both in Vienna and elsewhere. Puerperal fever is now known as the “Doctor’s Plague,” because it was a case in which medical treatment made things worse — a lot worse. Semmelweis himself was terribly shocked and depressed to realize that it was his own actions that had resulted in the deaths of many women. And if Semmelweis was shocked, one can only imagine the reaction of other healers to being told that they were in practice, if not in intent, killers.

Semmelweis continued to make things worse by attacking those who criticized his work. He accused his fellow physicians of murder and worse, and his own behavior became increasingly erratic. Showing increasing signs of mental illness and breakdown, his wife committed him to an asylum in 1857, where he died under mysterious circumstances.

Semmelweis succeeded in his “impossible project” to determine the basic cause and treatment of childbed fever, but failed to win widespread support for his ideas at the time. It would not be until the latter part of the 19th Century that the germ theory of disease became widely accepted.

If we consider Semmelweis’s project to be identifying the cause and treatment of childbed fever, he was a remarkable success. As noted, he was much less effective in gaining widespread acceptance for his ideas.

The natural human resistance to new ideas and the role of persuasion and influence management in achieving change are a constant source of frustration — and sometimes despair — for leaders of all stripes. It may help to extend our scientific metaphor and describe the obstacles in light of physics: people and organization, no less than other objects in the real world, are subject to inertia and friction.

Whatever the etiology of the Semmelweis Reflex, the idea of resistance to change is well established in management literature, and it’s just inertia under another name. A body at rest tends to stay at rest until acted upon by an outside force. The good news is that if you can just get the motion started, inertia changes from your enemy to your friend and helps sustain the motion.

Friction, of course, is one of those “outside forces” that hamper inertia. Moving parts have friction, and friction results in the degradation of useful energy. In the human sphere, we’ve all witnessed the results of friction in every human encounter. In mechanics, one way to lessen the effects of friction is through lubrication. The discipline of emotional intelligence, good manners, politeness, and office politics all work to lessen the friction in organizational interaction. It’s just as much a part of the job as the technical work, and leaders ignore it at their peril.

Posted by Michael Dobson at 8:00 AM No comments: