Part 24 of Red Herrings covers still more responses to arguments that distract from the argument rather than address it directly. This week, the straw man.

Of course, Mitt Romney is lying. As the article goes on to say, “Barack Obama doesn't ‘believe that government should create equal outcomes’ any more than Mitt Romney believes that 1% of Americans should have all the wealth while the rest get nothing, or that companies should fire all their American workers and send their jobs to China because Americans are overpaid and lazy.” Instead, Romney is attempting to reframe a discussion on income inequality in a way that is more advantageous to his own arguments.

This is an example of the Straw Man fallacy. Instead of arguing with what a person actually says or believes, the responder creates a distorted version of that argument and attacks that, instead.

2. Person B disregards certain key points of X and instead presents the superficially similar position Y. Position Y is distorted from position X in varying ways, including:

a. A direct misrepresentation of the opponent's position.

b. Quoting an opponent's words out of context — i.e. choosing quotations that misrepresent the opponent's actual intentions.

c. Presenting someone who defends a position poorly as the main defender, then refuting that person's arguments — thus giving the appearance that every upholder of that position (and thus the position itself) has been defeated.

d. Inventing a fictitious persona with actions or beliefs which are then criticized, implying that the person represents a group of whom the speaker is critical.

e. Oversimplifying an opponent's argument, then attacking this oversimplified version.

3. Person B attacks position Y, concluding that X is false/incorrect/flawed.

There may well be honest and legitimate reasons to attack Position X, but attacking Position Y instead is always dishonest.
Posted by Michael Dobson at 6:00 AM No comments:

Part 23 of Red Herrings covers still more responses to arguments that distract from the argument rather than address it directly. This week, the is-ought problem.

The “is-ought problem” is also known as Hume’s Law or Hume’s Guillotine, first articulated by Scottish philosopher David Hume in his 1739 work A Treatise of Human Nature.


In every system of morality, which I have hitherto met with, I have always remarked, that the author proceeds for some time in the ordinary ways of reasoning, and establishes the being of a God, or makes observations concerning human affairs; when all of a sudden I am surprised to find, that instead of the usual copulations of propositions, is, and is not, I meet with no proposition that is not connected with an ought, or an ought not. This change is imperceptible; but is however, of the last consequence. For as this ought, or ought not, expresses some new relation or affirmation, 'tis necessary that it should be observed and explained; and at the same time that a reason should be given; for what seems altogether inconceivable, how this new relation can be a deduction from others, which are entirely different from it.

As in the case of many logical fallacies, it’s not necessarily the case that “is” precludes “ought,” but rather that “is” doesn’t constitute a sufficient proof by itself. To reach a conclusion of “ought” requires additional argument.

The problem is easier in goal-setting than in morality. For example, if you want to win a race, then you ought to run quickly. However, whether you ought to want to win in the first place is a different question. 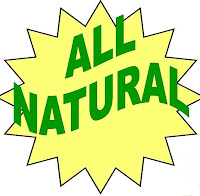 Part 22 of Red Herrings covers still more responses to arguments that distract from the argument rather than address it directly. This week, the appeal to nature.

There’s nothing inherently wrong in appealing to nature as part of an argument, but it becomes a red herring logical fallacy when it turns into an unwarranted assumption. The form of the logical fallacy is:

N is natural.
Therefore, N is good or right.

U is unnatural.
Therefore, U is bad or wrong.

A medicine made with “all natural” ingredients could well contain arsenic and uranium, which hardly qualify as safe. The definition of “natural” itself can be twisted using judgmental language, which you’ll see in various arguments against homosexuality.

But that’s just a load of santorum. 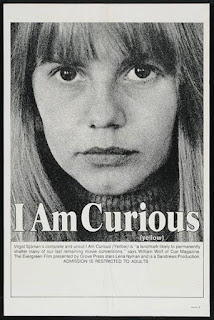 Part 21 of Red Herrings covers still more responses to arguments that distract from the argument rather than address it directly. This week, the naturalistic fallacy.

The naturalistic fallacy was first described and named by British philosopher G. E. Moore in his 1903 book Principia Ethica. It describes the problem of trying to prove an ethical claim by appealing to a definition of “good” in terms of natural properties such as “pleasant,” “more evolved,” or “desirable.” For example, if something is both pleasant and good, inferring that “pleasant” and “good” are therefore the same quality is one bridge too far.

Moore stands in contrast to philosophers who argue that “good” can be defined in terms of natural properties we already understand. Instead, Moore argues that properties are either simple or complex, and complex properties are made from simple ones. Complex properties can be defined by breaking out their simple components, but the simple ones are indefinable. You can define “yellow” as the color of a ripe lemon, or as the primary color between green and orange on the visible spectrum, or as electromagnetic radiation with a wavelength between 570 and 590 nanometers, but none of those are sufficient to help a blind person perceive what you’re talking about. As Justice Potter famously observed about pornography, “I know it when I see it.” But that doesn’t enable one to produce a meaningful operational definition.

Part 20 of Red Herrings covers still more responses to arguments that distract from the argument rather than address it directly. This week, judgmental language.

“He hates me” is judgmental language, not because it’s necessarily false, but because it cites the conclusion without citing the evidence. What’s the evidence that he does, indeed, hate you? Perhaps he called you names, he told someone else that he hated you, he went to your boss to complain about you, or he let the air out of your tires. Those are descriptions of behavior, and at some point they add up to sufficient evidence to draw the conclusion that yes, indeed, he does hate you. Alternatively, it could mean something else altogether, such as a desire to take your job or win a promotion. It’s not personal, it’s strictly business.

Judgmental language criticizes or praises, condemns or applauds, evaluates or interprets the behaviors (actions, deeds, sayings) of human individuals and groups. “Obama is a Kenyan socialist” neatly avoids the requirement of citing evidence and goes right for the jugular. Political propaganda tends to consist of nothing but.

There are a number of problems with judgmental language. First, your conclusion may be wrong. Second, judgmental language tends to be resisted and to provoke arguments. Avoid “red flag” words and phrases. Try to stay away from “should” and “ought.” Go with the Joe Friday technique: just the facts, ma’am.